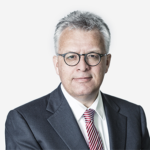 Real estate companies fund their acquisitions or development projects generally through a combination of:

Shareholder loans (SHL) are often under scrutiny of the tax authorities. Tax disputes range broadly from tax authorities deeming the character of SHLs to be (interest free) equity rather than debt funding to challenging arm’s length interest charges. The absence of clear tax and transfer pricing guidance leads often to cross-border and national tax disputes and non-recoverable tax charges (such as non-deductible interest expenses and dividend withholding tax on deemed dividend distributions).

In Switzerland, the Federal Tax Administration’s Circular Letter No. 6 (June 6, 1997) regarding hidden equity serves as a safe harbour rule according to which hidden equity is assumed if a Swiss entity’s intercompany debt exceeds a certain percentage of the market values of the entity’s balance sheet assets. Interest paid on such deemed equity is not tax deductible. In addition, the Federal Tax Administration annually publishes Circular letters providing inbound and outbound safe harbour interest rates.

However, when determining the interest rates of debt instruments such as SHLs, the interest safe harbour rates generally do not reflect the parameters normally taken into account in connection with a property financing such as specific credit risks.

In the context of funding real estate ventures with SHLs, our observations are as follows:

1) The determination of the arm’s length interest rates ultimately requires the identification of comparable transactions.

Real estate ventures are generally funded through a combination of debt instruments including debt from unrelated parties. The OECD mentions that these latter transactions should at least be considered as potential comparable transactions. The OECD, however, also acknowledges that comparability adjustments may be required due to the different features of debt instruments: SHLs generally have a longer maturity, lower priority and/or subordination compared to, for example, a bank loan, and therefore, a premium or margin may need to be added to a bank loan interest rate to determine the interest rate of the SHL. The OECD mentions that also loan transactions between two unrelated parties (of the taxpayer) as well as other financial transactions such as bonds, deposits, convertible debentures and commercial papers could be considered as potential comparable transactions..

We actually have observed an (international) tendency that tax authorities reject the use of external comparables in real estate funding claiming that the SHL is best to be compared with the (senior) bank loan. Even comparability adjustments to this generally lower bank interest spread are sometimes rejected, despite of the higher credit risks that the SHL is exposed to.

It is our take that it is therefore critical that the taxpayer, when establishing proof of the interest rates applied, can explain in detail why he has rejected or accepted potential comparables, which comparability adjustment were made and how they were quantified. The OECD mentions that a detailed transactional analysis should be the start of such comparability analysis.

2) The OECD states that a transactional analysis should cover both the perspective of borrower and lender as well as all options realistically available to each of them, and should consider:

3) In summary, the OECD now provides more detailed guidance which supports taxpayers as well as tax authorities in analysing SHLs and in determining arms’ length interest rates. Our take:

4) The OECD does not provide details on documentation requirements for financial transactions. In view of the above, it is our take, that it is in the taxpayer’s own interest to proactively analyse his structure and prepare documentation to support the arm’s length interest rate, covering the most critical aspects in the transfer pricing analysis:

5) We do not specifically address the consequences of the COVID-19 in this Newsletter but it is expected that real estate investments will also be adversely impacted by the crisis. For real estate ventures with a higher risk profile, bank loans may in the future be more costly and/or more difficult to obtain. SHLs may then become an even more important alternative source of funding.