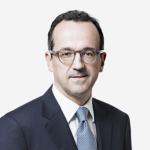 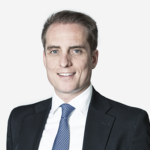 The OECD/G20 Inclusive Framework on Base Erosion and Profit Shifting (IF) has agreed on October 8, 2021 to the Statement on the Two-Pillar Solution to Address the Tax Challenges Arising from the Digitalisation of the Economy. This Two-Pillar solution is comprised of Pillar One and Pillar Two.

Pillar One aims to ensure a fairer allocation of profits and taxing rights among the states regarding the largest multinational enterprises (MNEs) with a yearly turnover exceeding EUR 20 billion and a profitability of more than 10%.

It is expected that jurisdictions will start applying the IIR rule as of January 1, 2023 and the UTPR rule as of January 1, 2024. The application of the STTR rule is dependent on the inclusion of such rule in a bilateral double tax treaty. It is intended that a multilateral instrument will be released in the early part of 2022 to facilitate implementation of the STTR in relevant bilateral double tax treaties.

On December 20, 2021, the OECD released the so called model rules which are intended to assist countries to introduce the GloBE rules into their domestic legislation. The model rules provide more specific guidelines on:

In Switzerland, Pillar Two is expected to affect a low three-digit number of Swiss headquartered MNEs and a low four-digit number of Swiss subsidiaries of foreign MNEs. Currently, Switzerland is working on implementing the new GloBE rules in its domestic legislation, while it is expected that the GloBE rules will not be adopted before 2024. It is planned that Switzerland will amend its tax system to ensure that concerned MNEs may not fall in the field of application of foreign top-up taxes. The following three options are currently under discussion for implementation in Switzerland:

Need for action: For MNEs with Swiss entities being in scope of the GloBE rules it is now important to take actions, and in particular to: