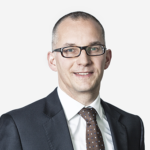 The solidarity percentage to the unemployment insurance (ALV) is expected to be abolished as of 1 January 2023, as the State Secretariat for Economic Affairs (SECO) announced on 13 October 2022.

The contribution of 1.0% has been levied since 2011 to relieve the unemployment insurance debt. Employees and employers each financed half of the contribution (i.e. 0.5% each). The right to levy the solidarity percentage will automatically cease by law as of 1 January 2023, since according to current figures the equity of the ALV compensation fund will exceed the limit of CHF 2.5 billion by the end of the year.

ALV-contributions on salaries exceeding the limit of CHF 148’200 will therefore no longer be due as from 1 January 2023: