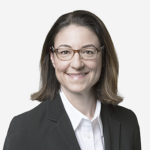 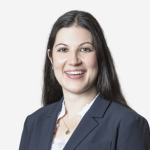 This newsletter provides an overview of the most important tax projects in Switzerland and their implementation.

1) Abolition of the stamp duty
On 18 June 2021, parliament decided to abolish stamp duty, thus implementing part of the “Gradual abolition of stamp duty” initiative that has been pending since 2009. The Social Democratic Party has already launched a referendum against this and it is likely that a popular vote will be held. Therefore, entry into force would not happen before 1 January 2023.

The stamp duty of 1% on any equity contribution to domestic corporations results in a high tax burden on investments in international comparison. Because of the stamp duty, the Swiss financial market is also unattractive for so-called SPACs (Special Purpose Acquisition Companies), which are listed on the stock exchange and subsequently used for the acquisition of existing companies. The abolition of the stamp duty, which has been discussed for a long time, will strengthen Switzerland as an investment location.

The planned reform is to be applauded, as it will make the Swiss bond market more attractive. Parliamentary consultations on the bill will begin in fall 2021 and it could enter into force on 1 January 2023, at the earliest.

In addition, it is planned to extend the notification permit for the international notification procedure of the dividend withholding tax from three to five years. This measure aims to reduce the administrative burden for all parties.

The corresponding amendments of the ordinance will enter into force on 1 January 2022, at the earliest.

According to the Federal Tax Administration, the possibility of a reporting procedure for dividends to private individuals with a qualifying shareholding of 10% was dropped for constitutional reasons. If one abstracts from the ideological discussions, a reporting procedure similar to the AEOI (automatic exchange of information on financial accounts) would be a practical solution, as the cumbersome and usually lengthy refund procedure is a burden for both the dividend recipient and the tax authorities.

1) Increased taxation of “capital income”
On 26 September 2021, the Swiss people will vote on the so-called 99% initiative. The initiative provides for a 150% taxation of all capital income, including capital gains above CHF 100,000 per year. Any income from any asset would be impacted by this supertax. As a result, tax-free private capital gains on private assets will be abolished and an exit tax as known in many other jurisdictions will be introduced. In addition, income and gains from real estate will also be affected by this supertax.

This supertax will negatively impact the savings rate and will probably lead to an exodus of high net worth individuals.

If the initiative is adopted, it will have to be implemented by parliament, first. Accordingly, entry into force would not occur before 2023.

For reasons of simplification, the Federal Council proposes the complete abolition of the imputed rental value, i.e. also for secondary properties. Mortgage interest would still be deductible to the extent that it generates taxable income, with taxpayers being granted an additional deduction for debt interest of CHF 50,000 per year. This corresponds to the current rules.

Deductions for preservation work of historical monuments could still be claimed. The Federal Council also wants to continue to allow deductions for energy-saving and environmental protection measures, whereas the Commission only envisaged this at cantonal level.

To promote home ownership, a new deduction for first-time buyers of owner-occupied residential property (main residence) is to be introduced. The deduction would be limited to CHF 10,000 for married couples and CHF 5,000 for single persons in the first tax year and would then decrease proportionally over ten years.

Entry into force could be on1 January 2023, the earliest. However, it has to be assumed that a generally acceptable solution will take some more time.

In addition, a parliamentary initiative calls for a deduction for childcare expense up to CHF 25,000 per child and year for federal income tax. The National Council approved this initiative on 14 June 2021. Subject to the approval of the Council of States, this regulation could enter into force the earliest, on 1 January 2022. Parallel developments at cantonal level are to be expected.