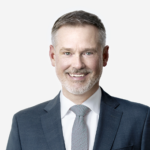 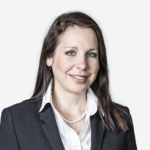 Swiss withholding tax: an overview of the planned and adopted legislative changes

The purpose of this article is to discuss and comment on planned and adopted changes to the Swiss withholding tax.

Abolition of withholding tax on interest payments on Swiss bonds

In addition to dividends, interest payments on Swiss bonds are also subject to withholding tax. The definition of a “bond” is regulated by law for withholding tax purposes and goes further than that for securities law purposes. A bond within the meaning of the Withholding Tax Act also exists, for example, if a domestic debtor borrows money from more than ten creditors against the issue of debt certificates on identical terms, provided the total amount of the loan is at least CHF 500,000. Since the withholding tax represents an obstacle to the Swiss capital market, this leads to Swiss groups issuing bonds via a foreign group company, which means that Switzerland loses economic substrate and thus also jobs.

In recent years, the Federal Council has made several (failed) attempts to reform the withholding tax. Now a bill is on the table that aims to strengthen the debt capital market in Switzerland by abolishing the withholding tax on interest payments on Swiss bonds.

This would remove the restrictions on the use of funds from foreign bonds and loan agreements guaranteed or secured by a domestic company. The same applies to the syndication of credit agreements: The “10 and 20 non-bank lending rules” would be deleted without replacement. While interest on client deposits of domestic individuals with domestic banks and insurance companies would still be subject to the withholding tax, interest payments on client deposits of foreign individuals who are subject to the AIA would no longer incur the tax. Further measures to strengthen the equity capital market, specifically the reduction of the withholding tax on dividends from 35% to 15%, were not included in this bill.

The abolition of the withholding tax on bond interest payments would apply only to future new issues.

What happens next? In the meantime, the referendum against this amendment to the law has been filed and a public vote on the bill will take place on September 25, 2022. It would be welcome if the business-friendly bill were to be rewarded with a YES. If the bill is accepted, it can be expected to be implemented on January 1, 2023.

Adjustments to the notification procedure (withholding tax on dividends)

Since January 1, 2001, Switzerland has a notification procedure for dividend distributions in the national holding relationship. If a company holds at least 20% of the capital of another company, taxation at source can be replaced by a notification. This means that dividends can be paid without the deduction of withholding tax. Effective from January 1, 2005, the procedure was extended to dividend distributions in cross-border shareholding relationships. Accordingly, on December 22, 2004, the Federal Council issued the Ordinance on Tax Relief for Swiss Dividends from Significant Participations of Foreign Companies, which standardizes the notification procedure for all partner countries.

In national terms, the required participation quota for the notification procedure (of dividends and deemed dividends) is now reduced to 10%. In addition, the notification procedure is now not only available to corporations and cooperatives, collective investment schemes, and public authorities but also to all legal entities holding a 10% participation.

Unfortunately, it is still not possible to apply the notification procedure for deemed dividends to a group company that is not directly held, e.g., to a grandparent company or sister company.

In international relations, the relevant participation quota of the foreign company or dividend recipient for partial or full relief from withholding tax continues to depend on the applicable double taxation agreement. If no minimum participation is stipulated in the agreement, a minimum participation rate of 10% will now apply (previously 20%). In addition, the notification procedure is no longer limited to corporations but can be claimed by all “companies” within the meaning of the applicable double taxation agreement or another international treaty.

For the application of the notification procedure in international relations, authorization must still be obtained in advance from the Federal Tax Administration (FTA). Within the scope of the agreed changes, this authorization is now valid for five years (previously three years). In the event of a change in the participation structure, the company is still obliged to notify the tax authorities immediately.

These adjustments will enter into force on January 1, 2023. The extension of the authorization period and the extension of the notification procedure in international relations will apply to newly granted or extended authorizations from the date of entry into force. According to the transitional provisions, the previous law applies to applications for the national notification procedure that are pending at the time of entry into force. In concrete terms, this means that the withholding tax on a dividend due on December 31, 2022, which is reported using the official forms on January 5, 2023, is subject to the new law. The criterion for the application of the old or new law is therefore the date of submission of the application for notification (date of postmark).

The adopted changes to the notification procedure thus bring important and welcome simplifications.

Change from the direct beneficiary theory to the triangular theory

In principle, the FTA follows the so-called direct beneficiary theory for determining the beneficiary of services between affiliated companies controlled by the same group of shareholders. In concrete terms, this means that in the case of a pecuniary advantage between two companies that are held by the same shareholder, the advantage is attributed directly to the receiving company and not to the shareholder. Thus, only the receiving company can reclaim the withholding tax. This often leads to disadvantageous consequences in the international environment since the portfolio rate of 15% is usually applied for withholding tax on pecuniary benefits. Thus, double taxation is often not completely prevented – even in the case of double taxation agreements – and the Swiss withholding tax represents an additional final tax burden to the extent of the non-reclaimable portion.

Most foreign countries apply the triangular theory, which means that the Swiss practice is not understood internationally. As a result, Switzerland’s attractiveness as an international investment location suffers, especially since transfer pricing adjustments must be increasingly expected in the future.

The Federal Council was therefore instructed by the Ettlin motion to amend the Withholding Tax Act so that the triangular theory is applied without exception in determining the service recipient for withholding tax. This was done on the grounds that the actual reason for a company to provide monetary benefits to a related group company lies in the interconnectedness of the companies concerned under company law, i.e., the common shareholder. Given the direct shareholding relationship, a residual non-reclaimable withholding tax could be avoided by applying the triangular theory based on most existing double taxation treaties.

At its meeting on May 5, 2022, the WAK-N pre-considered the motion adopted by the Council of States on December 13, 2021, and proposed, by 14 votes to 11, to reject it. However, recognizing the importance of the issue, the WAK-N subsequently launched a corresponding postulate that instructs the Federal Council to draw up a report on the interrelationships explained in the motion and, in particular, to present any potential for abuse.

We will keep you informed about further developments.